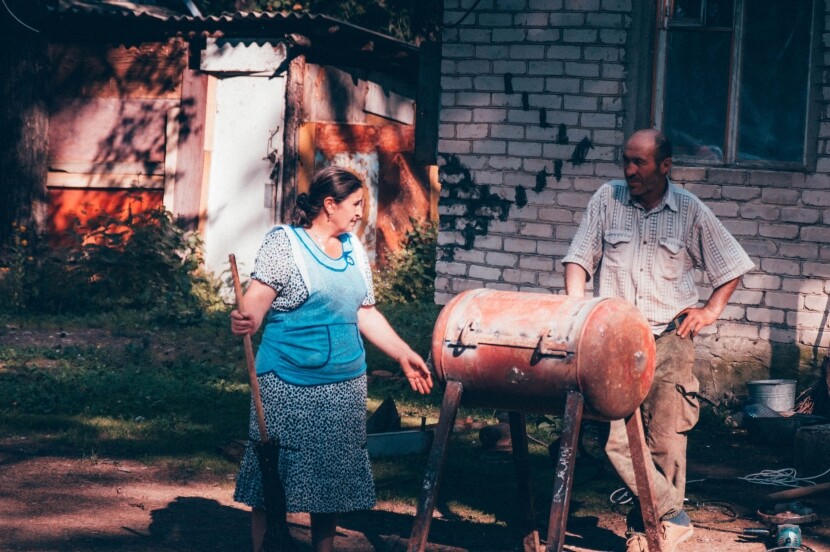 Last summer, I spent two weeks as an interpreter for the US-Russia Peer-to-Peer Program in the southern Muslim-majority region of Karachaevo-Cherkesiа in Arkhyz. The program united University of Oregon and North-Caucasus Federal University students in a cultural exchange of ideas about civil society and healthy life choices for youth in both countries. Together, we toured Russia’s modest, but developing, civil society scene. It was my job to translate museum tours, student lectures, seminars, one-on-one interactions, and teach English to Russian students. I had become a Russian-Americain liaison, my greatest memory was seeing American and Russian students interacting so seamlessly.

After days of careful translating in larger Russian cities, I moved with my groups to Arkhyz, a peaceful village surrounded by the gallant Arkhyz mountains, situated near the Georgian border. Everybody in town knew the Americans had arrived; cars honked at us as we trekked to our youth hostel. Along the way, a mosque stood right across from an orthodox church, I wondered how two distinctive religions, traditions could live in harmony.

As our program evolved into an outdoors cultural experience, my job was no longer to translate word-for-word; I had become a Russian-Americain liaison. Being one of only two fluent interpreters in our group, I had the power to break down stereotypes and misunderstandings while making many longtime friends.

After seven close days together, I was no longer needed for translation. The Russian and American students had created a language of their own: slang phrases, comedic gestures charades followed by laughter. The American students became fans of Earl Grey tea, as the Russians developed a liking for reusable water bottles.

Just how the American and Russian students found a common language despite their difference culture, Holding the thoughts of two opposed cultures actively in mind at the same time, while still functioning as an interpreter and a participant, I realized that it may be natural to be biased to one’s familiar cultural values. However, the fluent exposure to both proves to me that neither culture is completely right, nor does one present “wrong” ways of living.

Prior to my experience with the Peer-to-Peer program, I thought I would be resolved on the differences of culture, but this trip brought no resolution, yet living and thinking in a state of irresolution does not mean chaos. Instead, I have an increased appreciation for both the cultures, for both of their distinctive, yet sometimes contrasting values.

My summer has revealed that there is no right way to pray, believe, understand, but taking the time to understand others’ differences will only unite groups of people, even if it doesn’t bring resolution.