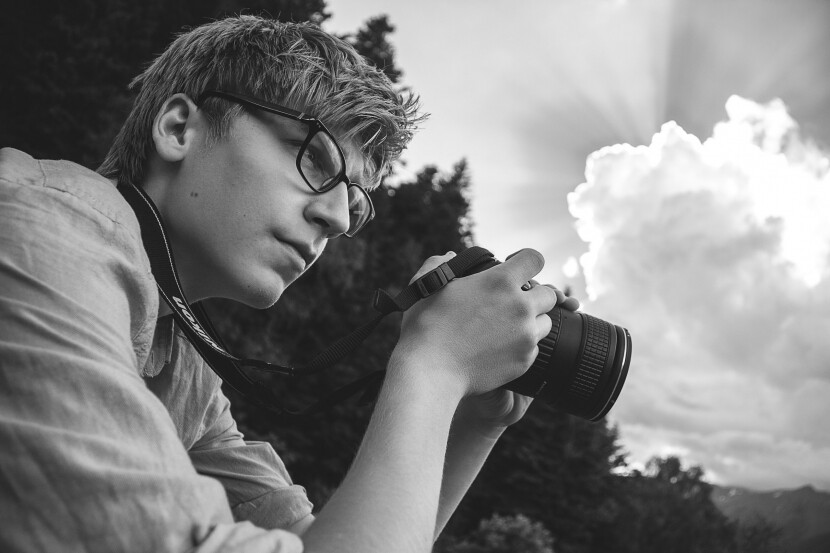 Every summer I trade a sheltered suburban house in Eugene for a blockhouse in rural Russia built by my great-grandfather: hot showers for cold baths and a flush toilet for an outhouse. I love the simplicity of that life.

My designs aim to achieve what rural-Russian life has done so well: the village house had little to provide, yet each element became more significant. With little, there is meaning. Ice cream is good, but only if you are not regularly consuming endless scoops. Bold text is effective, unless it is surrounded with equally prominent text. My designs strip away distracting ornamentation to exude feelings of elegance and intuitiveness. I see design as more than a visual expression, but rather as a logical puzzle that I must solve to create an aesthetic beauty as simply as possible.

Moving back and forth from Russian shortage to American surplus has exemplified the principle that contrast can add significance to the opposite. Our human perception is relative: poverty only becomes apparent in the knowledge of wealth, the wicked only appear when the acts of the virtuous are known, and the ugly are only revealed when compared with the beautiful. I maximize this relative human perception by juxtaposing the bleak with the vivid, the sharp with the abstract, and the dark with the bright. Combining two contrasting elements adds importance to both their existences on the canvas.

Every summer, when I return to Russia, I see an extra mark on that canvas. The gap between my American life and my Russian life grows smaller, symbolizing design’s increasing cross-cultural role in our world. Running water has been added to the kitchen and a new foundation has been laid. Culturally-influenced designs are giving way to researched standards that are recognizable around the world, uniting us in an international layout.